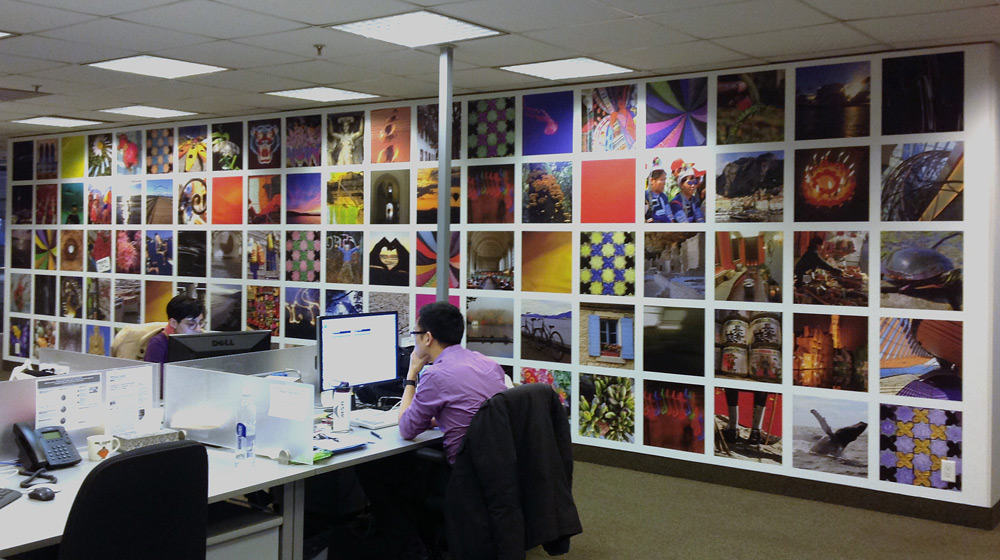 The project was to design a new mostly open-concept workspace, set up to house a group of similarly focused start-up tech business. The project sponsor wanted something that helped employees of these businesses to feel connected to each other.

The interior décor concept I developed was based on the idea of introducing a broad panorama of images to engage and stimulate people’s minds, to get them talking, and to go beyond typical and conventional office décor.

In the main open workspace area, there was a long expanse of blank wall. At 35 feet long, it was the obvious place to start.

Employees were invited to submit their photos, with no restriction on subject matter, other than to exclude portrait style photos of family and friends. The images were collected and curated, and the final selection was photoshopped and cropped to a standard 18 x 18” size. A total of 100 images were arranged to create a colourful grid mosaic of random images. This was handed over to a media company to print on vinyl wrap panels, that were then mounted, the full length and height of the wall.

Throughout the rest of the office – lounge, kitchen, hallways and meeting rooms – supplied photos and other photo-art images were printed on plexiglass panels and off-set with grommets. The wall art provided a visually stimulating counterpoint to the otherwise black, grey and white palette.

Many of the employees were enthusiastic participants, and their feedback after the install was incredibly positive. 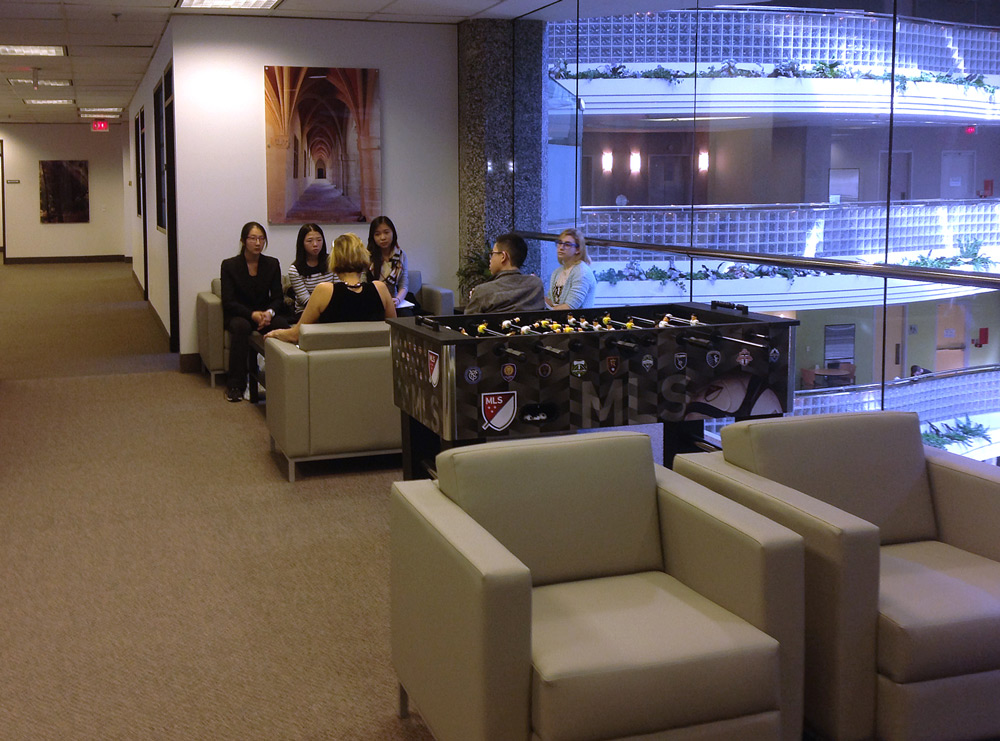 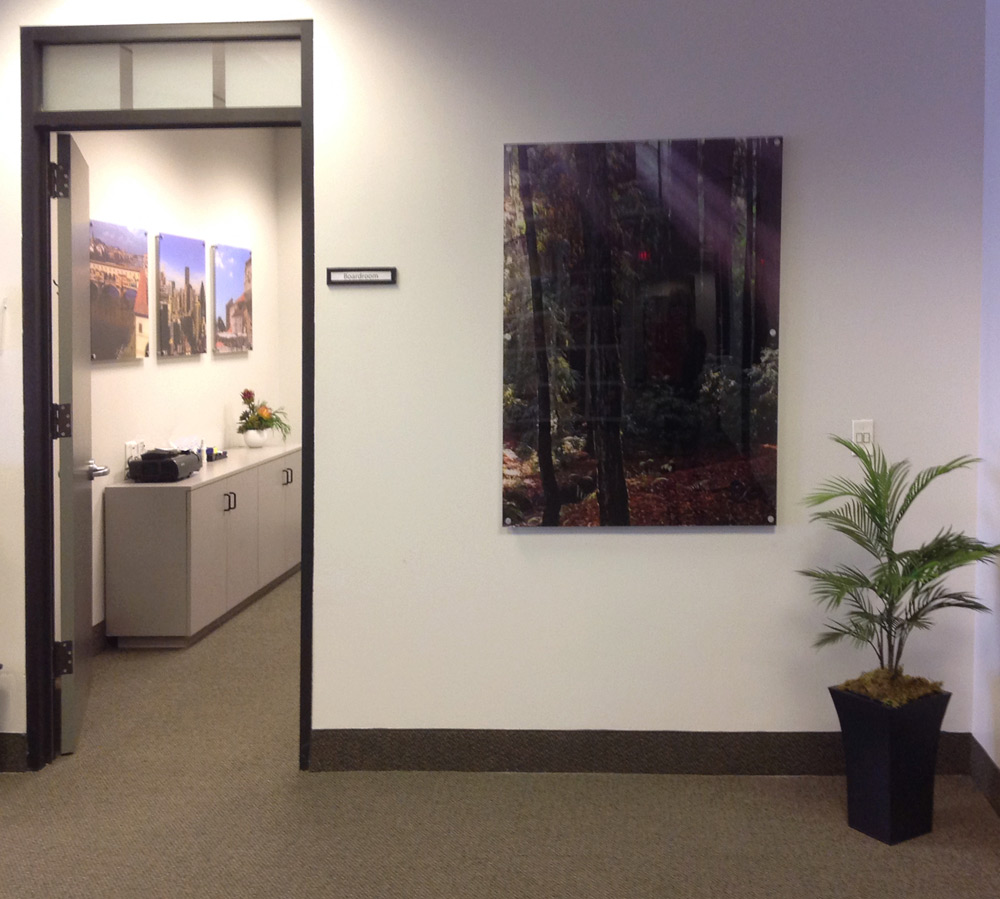 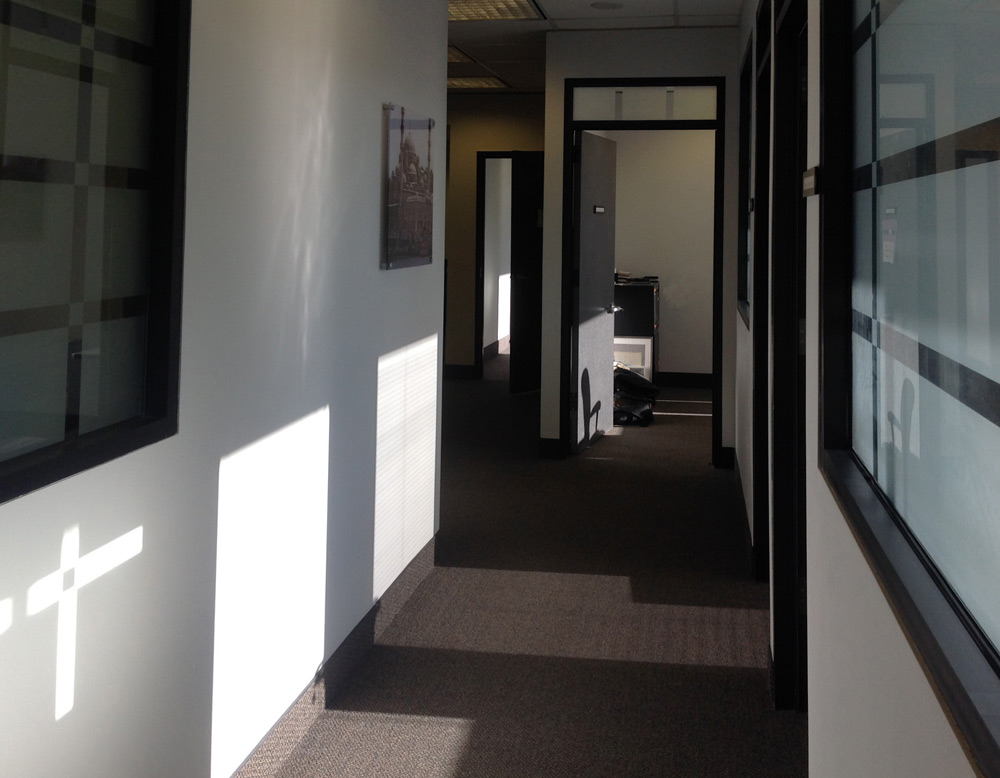